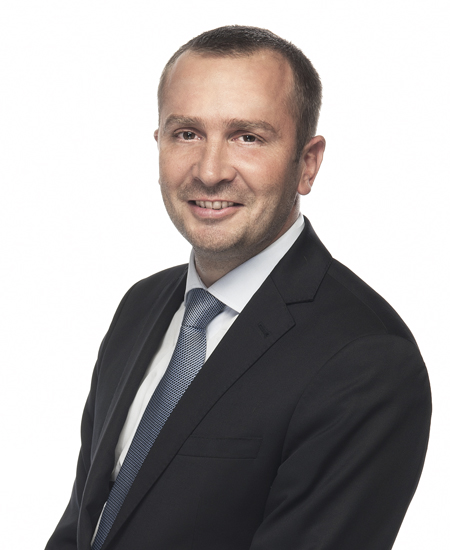 Thomas ROCHE is co-head of the Life Sciences Department.

He assists health and medical technology companies at all stages of their product lifecycles, including development, preclinical or clinical evaluation, marketing, reimbursement and distribution.

His interests lie more specifically in clinical research and its promotion, issues relating to health data (he works as an external DPO), as well as various contracts regulating the development of these activities.

Understanding of the regulatory challenges facing health companies enables him to provide regular support in the framework of audits or administrative inspections that are likely to lead to health measures.

He is fluent in legal English.

In 2000, he began his career with an initial six-month experience in MONTREAL before joining the law firm FÉRY & Associés in LYON as an associate lawyer.

In late 2002, he founded the law firm ROCHE Avocats, specializing in innovative technologies (life science and information and communication technologies), which he developed until 2013 to join DELSOL Avocats and create the Life Sciences Department.

He was elected by his peers as one of the Lawyers of the Year 2020 in “Biotechnology and Life Sciences Practice” by Best Lawyers (in partnership with Les Echos).

DELSOL Avocats is delighted with the individual ranking of 14 of its lawyers in the Best Lawyers 2021 ranking, especially since it reflects the recognition of our peers. Jeanne BOSSI MALAFOSSE Biotechnology and Life Sciences Practice Privacy and Data Security Law Benoît BOUSSIER Construction Law Séverine BRAVARD Banking and Finance Law...

END_OF_DOCUMENT_TOKEN_TO_BE_REPLACED

DELSOL Avocats is delighted with the individual ranking of 10 of its lawyers in the Best Lawyers 2020 ranking, especially since it reflects the recognition of our peers. Jeanne BOSSI MALAFOSSE Privacy and Data Security LawSéverine BRAVARD Banking and Finance Law Insolvency and Reorganization Law Mergers and Acquisitions Law Henri-Louis...

END_OF_DOCUMENT_TOKEN_TO_BE_REPLACED

In the March 2017 issue of La Tribune de l’Assurance Thomas ROCHE explains the various controversies that will result from the Jardé law Thomas ROCHE, a partner in the "Life Sciences" department, outlines the three major changes brought about by the application of the Jardé law, particularly in relation to risk-inherent interventional research...