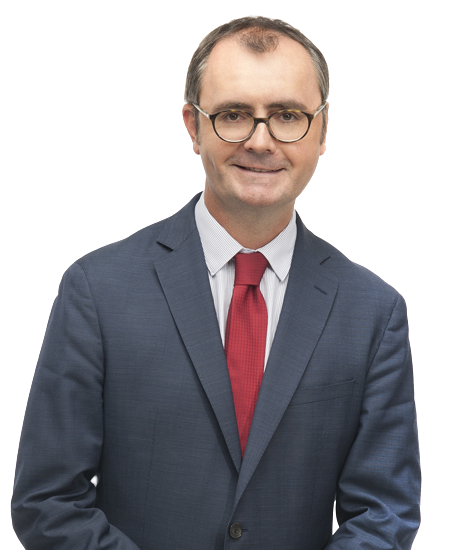 He has developed recognized expertise in asset taxation and taxation of family-run companies :

He practiced within the law firms FIDAL (International Division – PARIS) and PDGB (PARIS) for eight years before joining DELSOL Avocats in January 2011.

He works regularly with major titles in the tax (Droit Fiscal, Les Nouvelles Fiscales, etc.), mainstream and economic press. He has also contributed to the publication of several books, most recently the tax section of Réglementation automobile" (L’argus de l’assurance, 2017/2018).

He participates in seminars on taxation and lectures in taxation within the postgraduate law programme of TOULOUSE I University.

He is a member of the IACF (Institute of Tax Lawyers), the DFCG (Association of Financial Directors and Management Controllers) and the editorial committee of the journal Finance & Gestion (Law and Regulation section).

END_OF_DOCUMENT_TOKEN_TO_BE_REPLACED

DELSOL Avocats is delighted with the individual ranking of 22 of its lawyers in the The Best Lawyers ™ in France ranking, especially as it reflects the recognition of our peers. Jeanne BOSSI MALAFOSSE Biotechnology and Life Sciences Practice Privacy and Data Security Law Benoît BOUSSIER Construction Law Séverine BRAVARD Banking and Finance...

END_OF_DOCUMENT_TOKEN_TO_BE_REPLACED

BMG Group is a real estate company specialized in commercial real estate. BMG invests in three kinds of assets : offices, warehouses and business premises. In June 2022, BMG acquired 50% of the shares hold by a minority shareholder, thus owning 100% of its subsidiaries. The buyout was accompanied by a refinancing of the existing debts of the...